2020 Climbing Gear – The Most Innovative

We just attended the US Outdoor Retailer summer trade show & the OutDoor ISPO European trade show and saw over 100 new piece of climbing gear. The post covering it all is coming soon. Until then, we wanted to share the most innovative products making their way through the stages of pre-production and getting ready to debut in 2020. In alphabetical order… 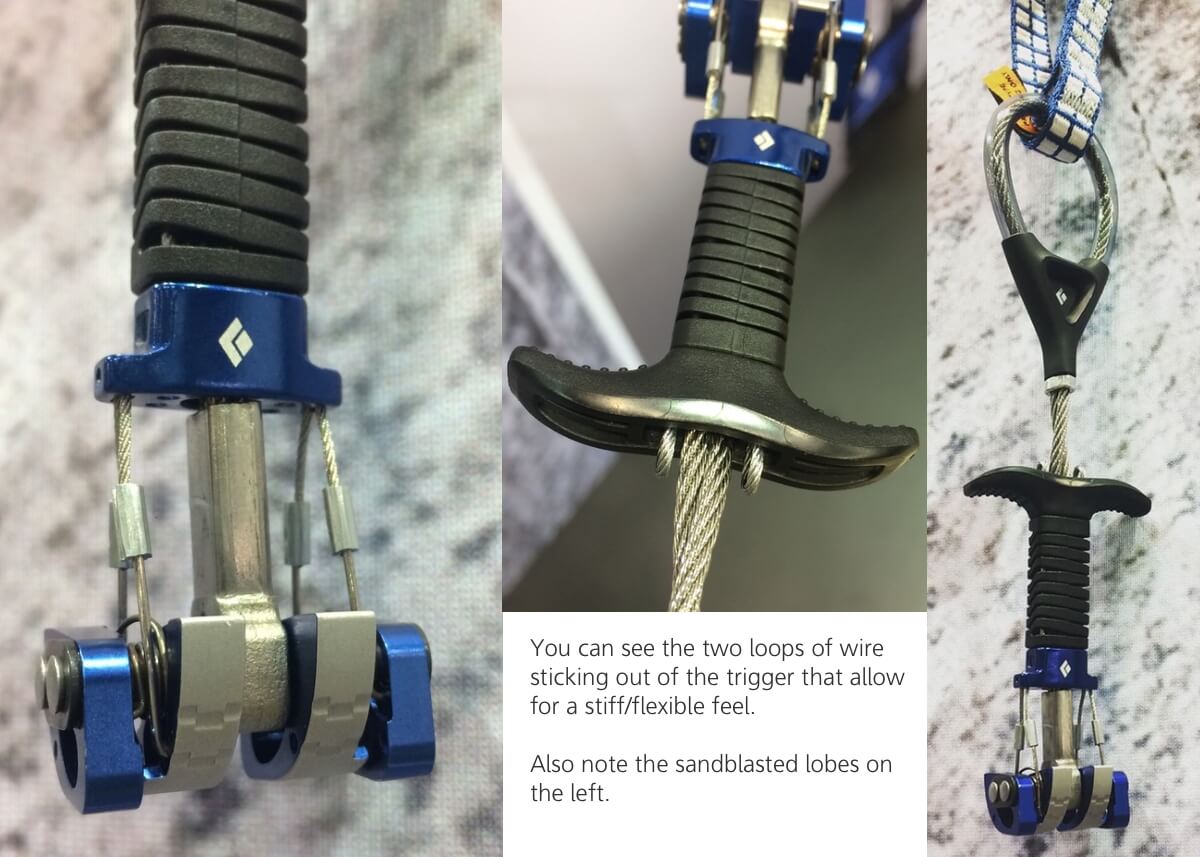 Going away are the rigid C3’s and the floppy X4’s and they’ll be replaced with Black Diamond’s Z4’s, with RigidFlex technology. RigidFlex is Black Diamond’s trademarked shorthand way of saying that their cams will be both rigid and flexible. They’ll be flexible until the trigger is pulled, in which case they’ll turn rigid for easier placements. After you let go of the trigger they become flexible again and the flexible stem will help prevent placed gear from walking. We didn’t have time for extensive testing in the booth, but Black Diamond says the larger cams will flex the same in all directions while the smaller cams are a touch stiffer to prevent buckling when you pull the trigger.

All the cams will have sandblasted lobes for improved grip compared to anodized lobes. The head with is basically identical to the Camalot C3’s. They’ll go from size #0 to .75. The price will be the same as the previous cams at $69.95. 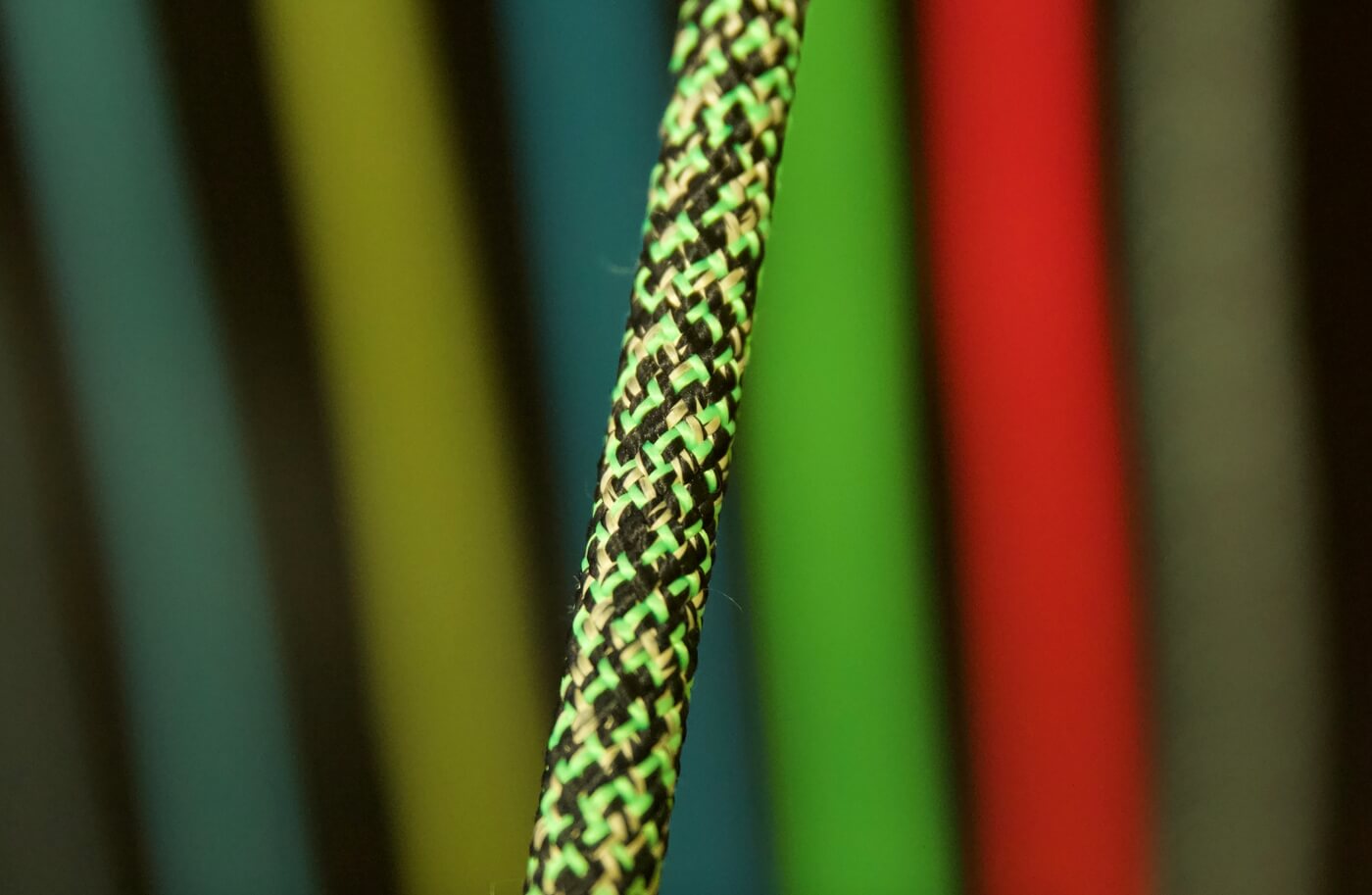 Edelrid has beefed up their popular skinny single Swift 8.9mm rope by integrating aramid fibers (think Kevlar®) with the sheath fibers. Edelrid’s internal testing found that the added aramid doubled the cut resistance of the rope. Note: 70% of rope accidents are from cut ropes.

This will be the first dynamic single rope that has aramid in the sheath. It took years to figure out how to integrate aramid as it does not stretch and it’s being combined with dynamic rope fibers that needs to stretch. Edelrid says they’ve kept all the same rope characteristics that the Swift is known to have.

Edelrid hopes that in the future a cut resistance number will become standard information available from all rope manufacturers and even be part of the certification process. 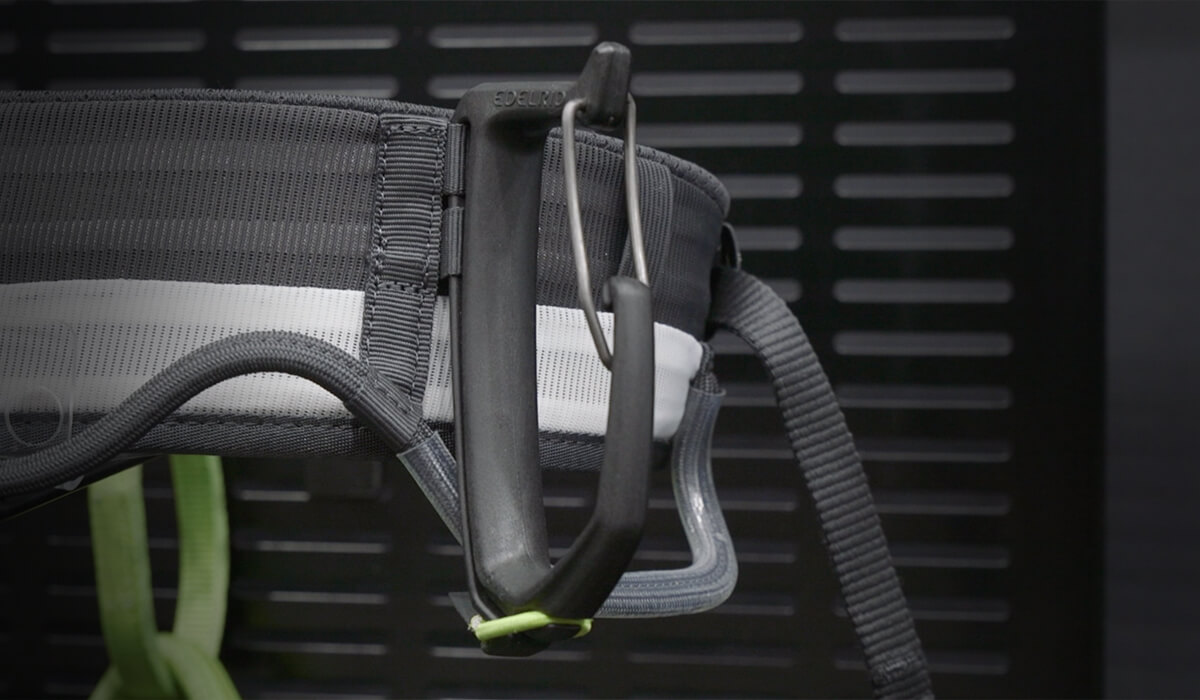 Edelrid’s new ice clipper will be completely made out of recycled pellets that come directly from their recycled rope yarns. Normally, Edelrid doesn’t have much yarn leftovers because they use remaining yarn to create smatch batch Boa Eco ropes (called the Parrot in Europe). What rope fibers they have left are sent to the recycling factory and are made into small plastic pellets. These pellets are then melted down and molded into their new ice clipper. Also, all of this is done in Europe. 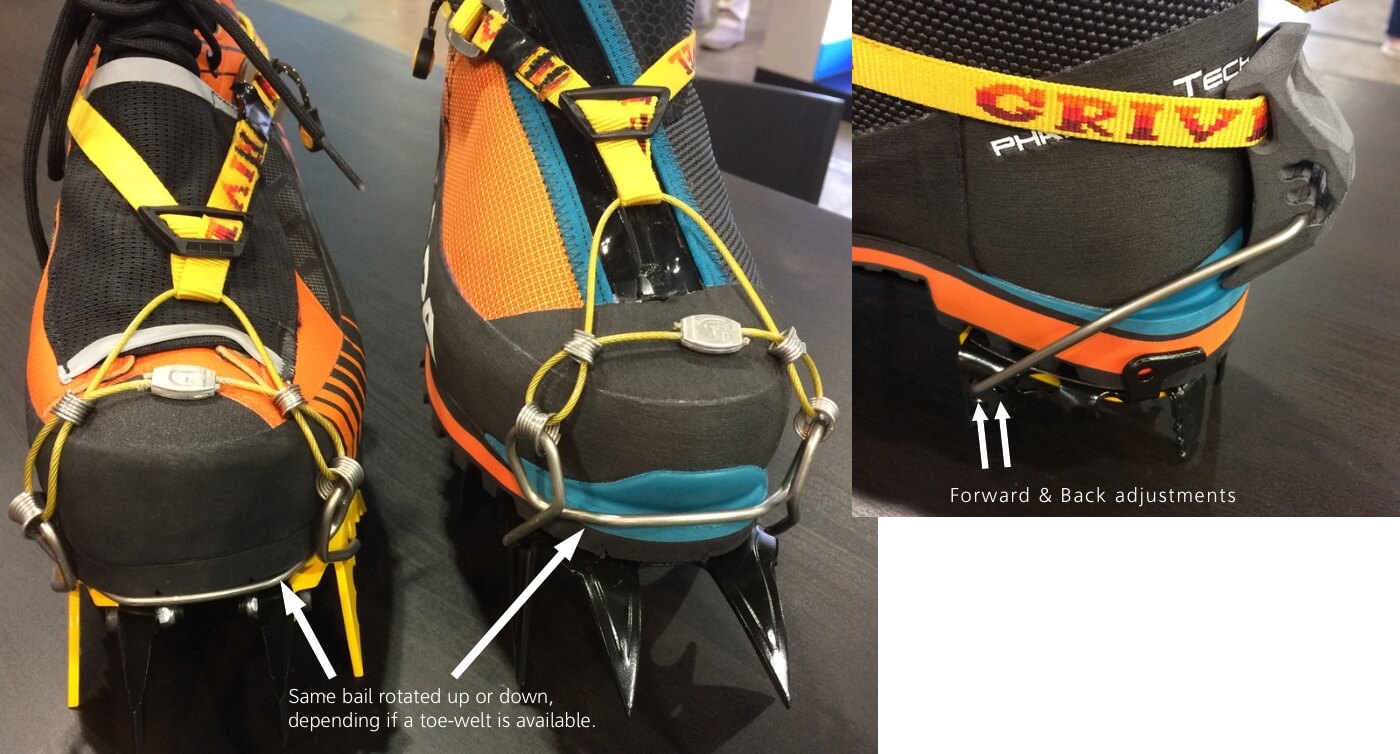 Grivel came out with a modular crampon harness system called the Multimatic that will work on boots with or without a toe-welt. The idea is wonderfully simple: there is a toe bail that will either go into the toe welt or rotate under the boot. There is a steel cable harness system at the front of the shoe that acts similar to a clamp that will push down on the boot when the strap is tightened. This will better secure more modern boots that have rocker. It is also 50 grams lighter than the previous strapping system.

The back heel bail is also lighter, as they took out the micro adjust. Instead, there will be 6 adjustments total: there is a forward and a back setting along with 3 quick access settings. This crampon harness can be used on previous Grivel crampon models (bought separately as an upgrade) and it will also come as an option for all Grivel’s crampons starting in 2020. 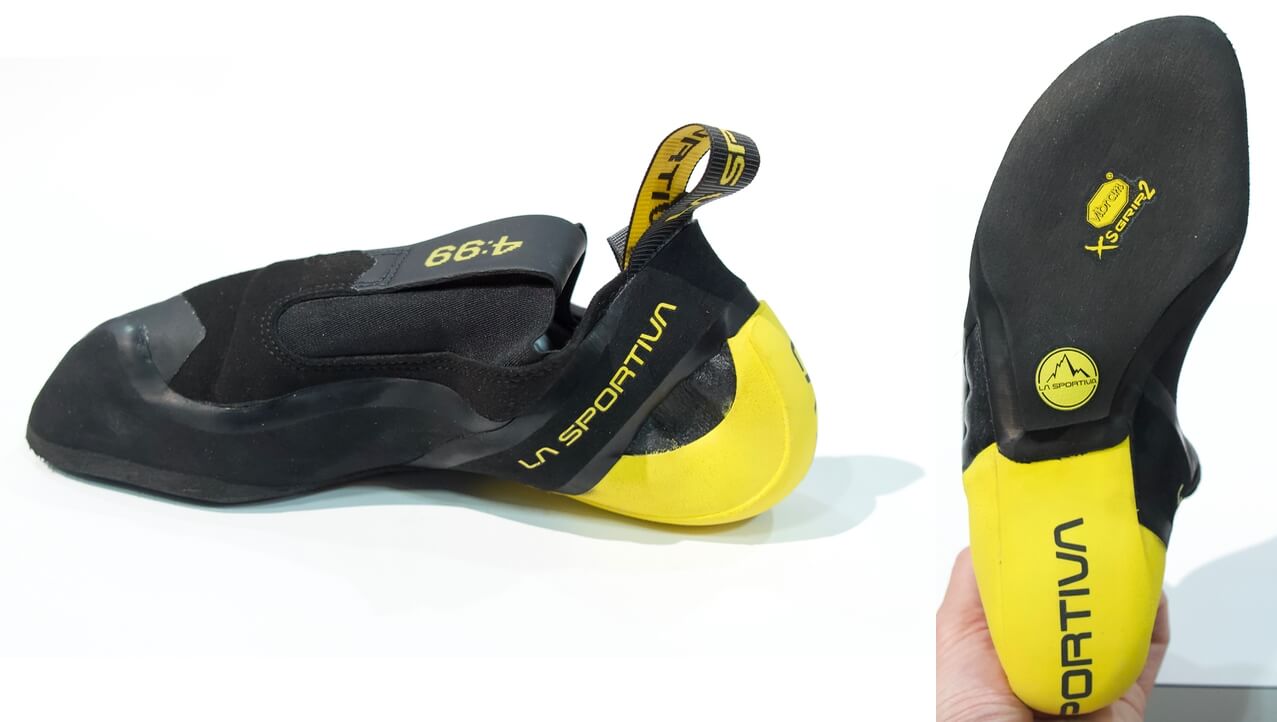 This is the first time a shoe has been developed specifically for speed climbing. The overall shoe started from the La Sportiva Cobra and they trimmed all the fat. The 4:99 version will be incredibly light mostly because the sole rubber only goes half way. The back of the shoe has also been stripped to have minimal structure as this isn’t necessary for climbing the speed route (read: the back of the shoe is useless for climbing). The shoe also has less heel tension, a super soft heel for a perfect fit, and non-sticky rand (side) rubber to prevent catching on holds.

Note about the name: Nobody has ever done the speed climb route in under 5 seconds, 4:99 is a mighty and impressive goal to shoot for. 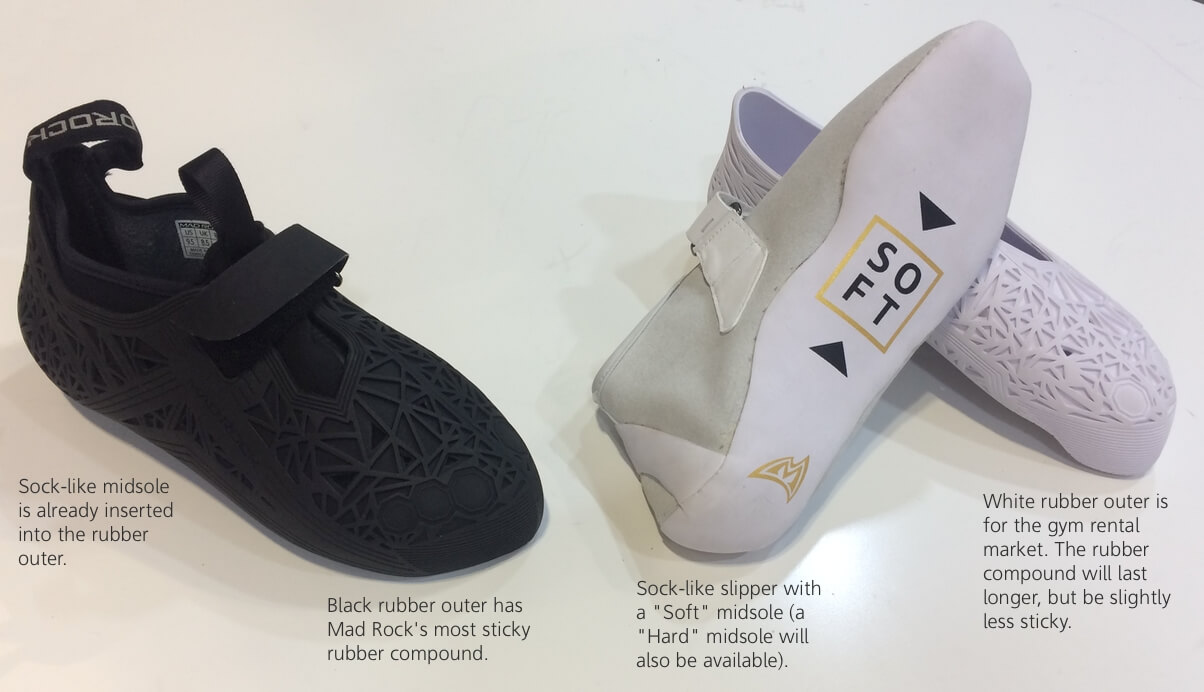 Mad Rock has been making compression molded pieces in their shoes for years, from 3D molded heel cups to to 3D molded rubber that covers large toe-patches. They’ve now taken a huge leap and have made a shoe whose outer is entirely 3D molded. The 3D mold allows for a significant reduction in wasted rubber, and also allows them to move the rubber wherever they’d like to create thicker and thinner sections on the shoe to ensure a proper fit. To accommodate this rubber construction, there will be an inner sock that will include the midsole. This sock will provide either a soft or hard midsole option and also includes the velcro closure. There are still many details to come such as release date and price as the final details are still being worked out. The shoe is named “Vision” because it’s been the Founders vision to make a shoe like this since he started making shoes decades ago. 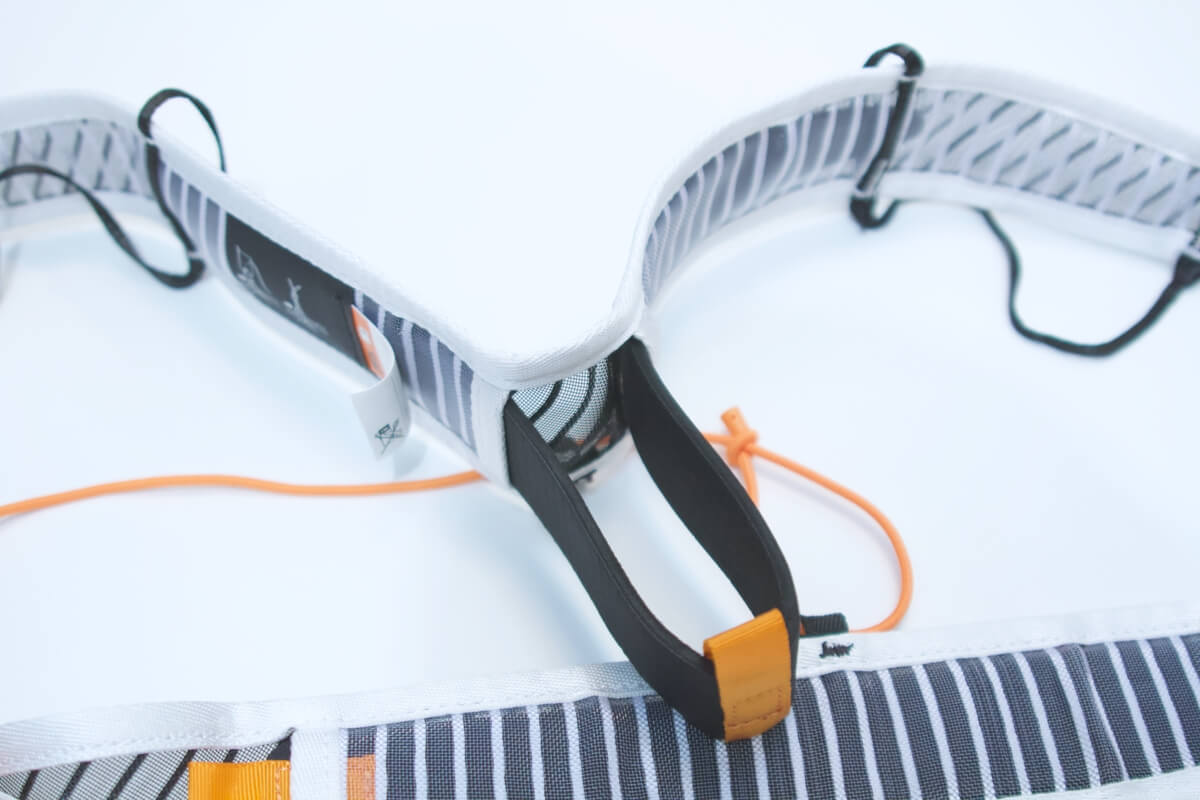 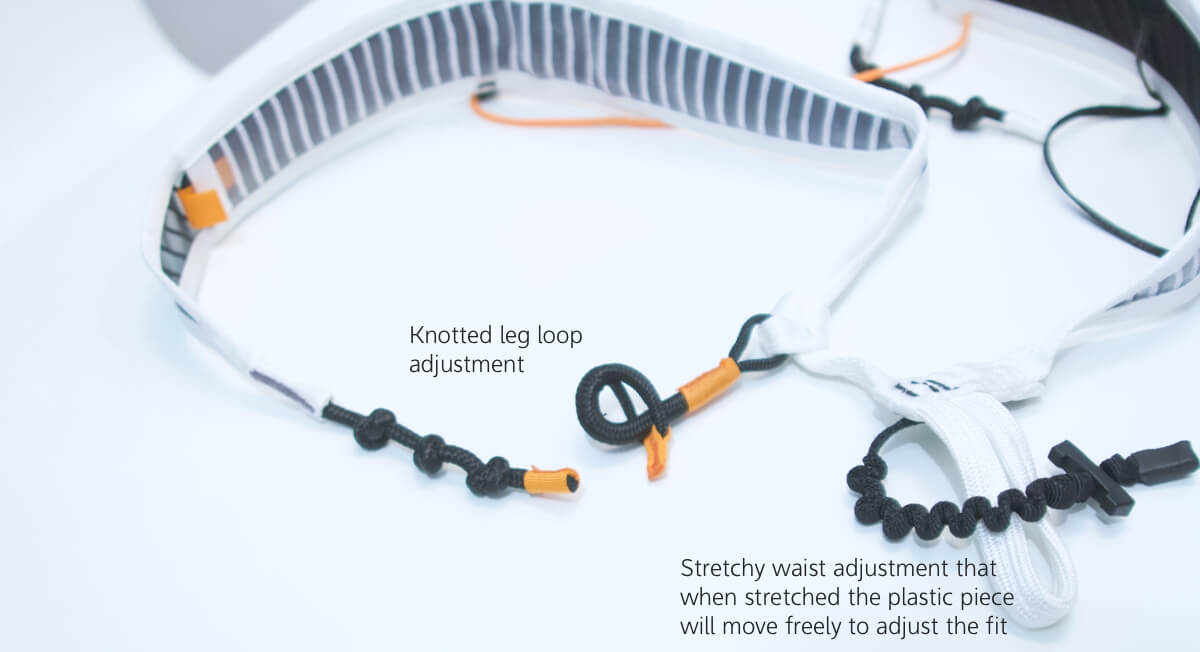 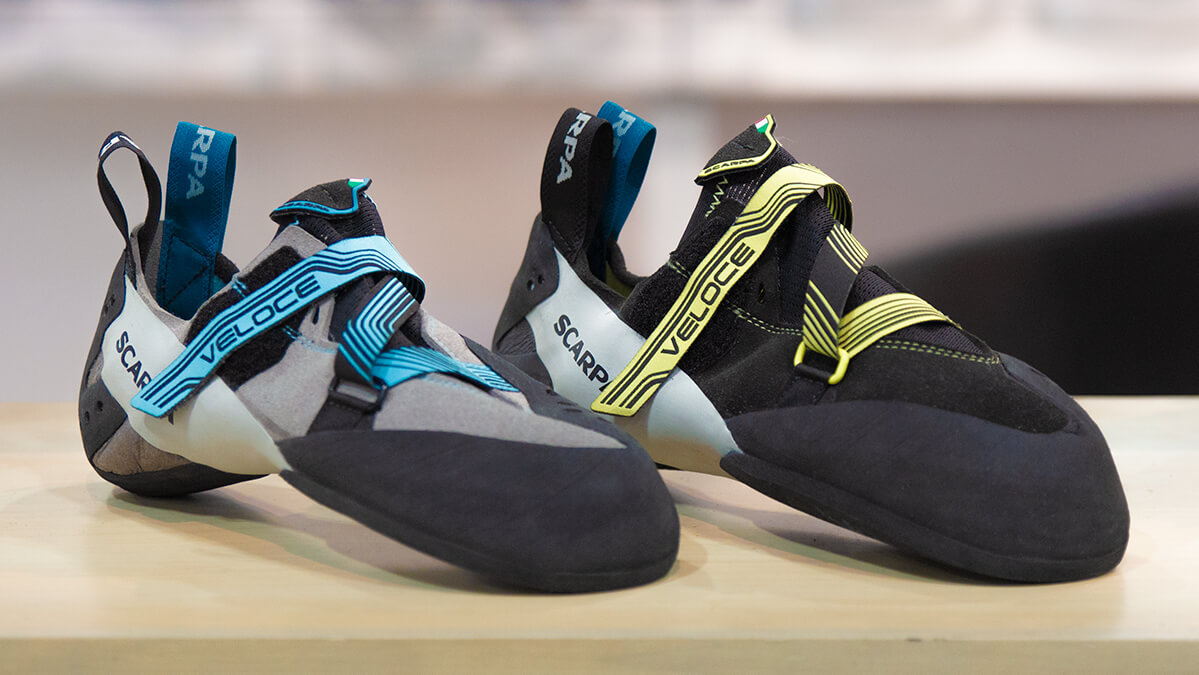 After going to many shoe demo’s SCARPA noticed something interesting: beginning climbers would try on the most advanced climbing shoes and like those best, even though they would be wearing those advanced shoes sized much too big (for the optimal fit). Why is that?

Traditionally, beginner climbing shoes have been quite stiff with no asymmetry and no downturn. This is great when climbers are learning to climb outdoors (or indoors) on tall slabby walls. The stiff sole really helped the new feet stay on the smaller holds.

Today, many climbers are learning to climb at indoor bouldering gyms. These beginning holds are much bigger and on overhanging terrain. Shoes that are flexible and downturned help much more for these types of holds. So SCARPA made a gym shoe for exactly this style of beginner climber. They also created a new last that would encourage climbers to get a proper fit in this softer downturned shoe.

I’m willing to bet that many other climbing shoe companies will follow SCARPA’s lead in the next few years.

This site uses Akismet to reduce spam. Learn how your comment data is processed.

Next Post A Guide to the Tokyo 2020 Olympic Climbing Format